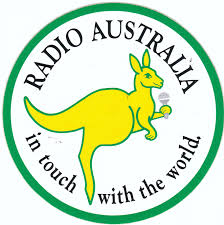 ABC International’s shortwave services currently broadcast to PNG and the Pacific. Savings realised through decommissioning this service will be reinvested in a more robust FM transmitter network and an expanded content offering for the region that will include English and in-language audio content.

Michael Mason, ABC’s Director of Radio said, “While shortwave technology has served audiences well for many decades, it is now nearly a century old and serves a very limited audience. The ABC is seeking efficiencies and will instead service this audience through modern technology”.

ABC Radio is also investigating transmission improvements to address reception gaps in the existing five DAB+ markets. It aims to ensure a resilient DAB+ service in every capital city, with enhanced bitrates and infill where necessary.

“In considering how best to serve our Pacific regional audiences into the future we will move away from the legacy of shortwave radio distribution,”
Ms Marshall said. “An ever-growing number of people in the region now have access to mobile phones with FM receivers and the ABC will redirect funds towards an extended content offering and a robust FM distribution network to better serve audiences into the future.”

· the web stream at:
http://www.radioaustralia.net.au/international/listen

· the Australia Plus expats app (available in both iOS and Android)

Footnote: Reach Beyond will be the only SW broadcaster left in Aussie.