What is FM DX 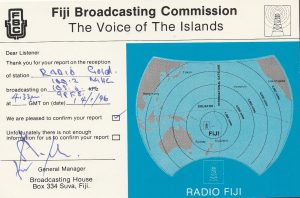 FM DX is the pursuit of distant stations in the 87.5 to 108MHz FM band. It can be rather addictive as stations from Australia, New Zealand and the Pacific Islands can appear and disappear with short notice. FM DX is best from November to February with the season peaking around Christmas.

Openings can last from a few minutes to hours and usually focus around one geographic area. Openings can be between two focused points, i.e. stations in northern New South Wales only being heard in Auckland, whilst stations from Tasmania are only being heard in Christchurch. They can also move, for example start with DX from Queensland and drift south to Tasmania. They can occur any time of the day or night but are much more prevalent during daytime.

When conditions open up, even very low power stations can be heard across the Tasman. The clip above is Spanish-language station Radio Austral, Sydney 87.8 and just 1W, distance 2095km

Because of the nature of FM DX propagation, it is almost impossible to predict when these openings will happen, so you can waste a lot of time tuning around hearing just local and semi-local stations within a 300km radius. So saying, most FM DX occurs when the path between the transmitter and receiver is in daylight. 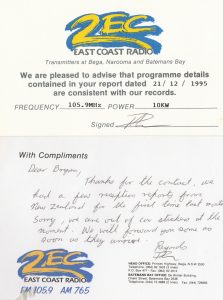 2EC QSL. Thanks to Bryan Clark

The main type of propagation at play at groundwave, signals from around 100km away are reliably heard all year round via this mode.

The most common DX mode for stations between 100 and 600km away and on the rare occasion over 2000km away, is  tropo (tropospheric ducting). This is largely caused by weather patterns, e.g: high pressure systems spreading over a wide area so check your weather maps for high pressure systems sitting over NZ, over the Tasman and northwards towards the Pacific; when cold air pushes under warm air, e.g. a warm day ends with a southerly change; a still day with higher than usual relative humidity. There are real-time tropo maps available from William Hepburn’s site. Tropo signals usually tilt from their transmitted polarization to horizontal, so a flat aerial suits this mode best. 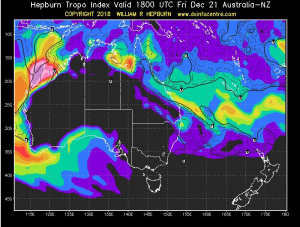 Long-distance openings often come from sporadic E (Es or spE for short) skip when the lower ‘E’ layer of the ionosphere is ionised and acts like a mirror, reflecting signals back down to earth. Es is characterized by short, sharp fades and the signals can skip several times leading to reception in the range of 1000 – 3000km and even known to exceed 3800km (e.g. American Samoan station KSBS 92.1 being heard in Oamaru in the early 80s) on the very, very rare occasion.

There are other less common modes, e.g. meteor scatter (Ms) and aeroplane scatter (As) when signals bounce off the ionised trails left behind by meteors passing thru the skies or of the bodies of aircraft. Ham radio 6 meter band (50MHz) enthusiasts also use summer short skip propagation to work stations in South America, in excess of 10,000km away although this has yet to be proven possible on the FM band. 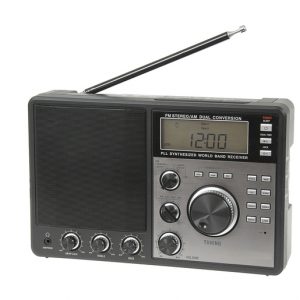 Just a decent receiver and a whip aerial can bring in the most surprising catches. The Tecsun, Sangean, Eton, Digitech, Panasonic etc portable radios with a telescopic whip antenna can get you started. Similarly, a good car stereo will provide some fun too, especially if you can get on a hilltop. See Receivers For FM DX. If you want to get a bit more serious a good stereo tuner from a hifi system and an external yagi antenna (looking very similar to the old TV antennas) fed with coax can increase your chances and allow you to hear weaker stations. If you’re really serious, the Sony XDR-F1HD receiver or an Airspy R2 and a specialist FM aerial on a high mast with a rotator will pay off in the long run. See Antennas For FM DX. 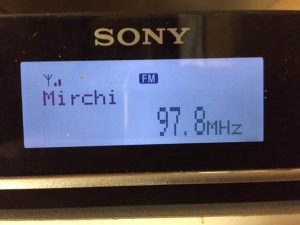 RDS decode of Mirchi FM Fiji thanks to Bryan Clark

The Radio Data System is used by some FM radio stations to display station identification on the receiver. Your radio needs to have RDS for it to work and is very common on car stereos and overseas is also used for traffic and weather updates. It won’t work on anything less than strong signals and can be seen on Australian and Pacific stations received here in New Zealand. Within RDS there is also a programme identification (PI) code embedded – using compatible receivers and computer software, FM DXers can sometimes view this unique 4 character code and thereby identify a signal which is otherwise too weak to display the full station name. 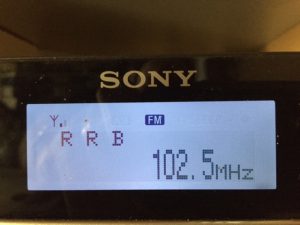 When there is a really good opening, you will hear FM Aussies even on your Tecsun/Degen/Sangean/Grundig/Digitech portable and telescopic whip, on the car radio or on your home stereo (with at least a bit of wire as an antenna).

Height is your friend. If you can get up a local hill or even out in the open it could improve your chances.

Stations at the same site or in the same general area are usually 800kHz apart, for example if you hear 2JJJ Grafton/Kempsey on 91.5, also check 92.3 and 90.7 for stations using the same transmitter site. Same goes for New Zealand. In heavily congested areas, they may be 400kHz apart.

Be aware of differences in time zones, they can help you identify stations. For example South Australians are 30 minutes behind NSW/Vic/Tas and the news is on our half-hour, Queensland doesn’t have Daylight Saving so they are an hour behind NSW/Vic/Tas.

2KY Sky Racing often has class HPON (high power, open narrow-casting) stations that don’t have a call sign as such. Their website has a frequency finder tool to help you work out where the transmission is coming from (enter the city name and it will tell you the freq).

If anyone else has a tip to offer, please let us know.

One way of being aware that an FM opening may happen is to monitor the VK Logger website. It is essentially for ham radio operators however non-hams can join as SWLs or as guests. Select “6m” from the band menu, turn on iChat and you can see activity between Australia, NZ and Pacific hams in real time. There is also a map that shows where contacts have been plotted over time. Red lines indicate more recent contacts. You will see SWLs often mention FM openings in iChat too.

Another handy resource is DX Maps where FM DXers spot activity posted by other listeners around this part of the globe.

Both the NZ and Australian spectrum management departments have useful lookups that allow you to specify a frequency and see who is licenced to use it.