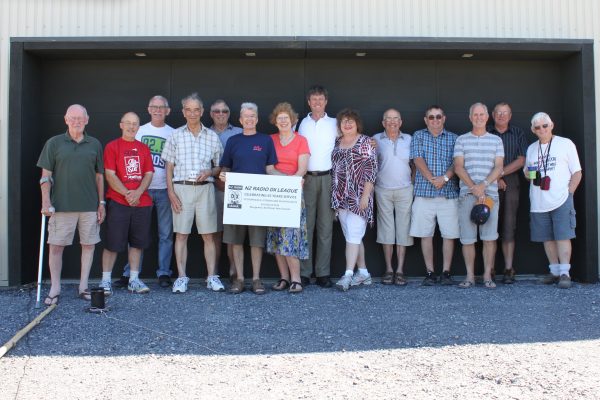 In early March, a small group of members came together in Mangawhai Northland to celebrate the 65th anniversary of the NZ Radio DX League.
Initially a 3 day/ 2 night event, such was the enthusiasm of those attending, the
convention was extended to 4 days/3 nights. A welcome late addition was Mailbag Editor Theo Donnelly who flew in from Vancouver on the morning of the convention and showed no signs of jetlag through the weekend. Also from overseas we had Brian & Debra Dodgson from Mansfield Victoria. Brian was working at Radio Australia’s Darwin transmitting station when Cyclone Tracey hit on Christmas Eve in 1974. He was a member of DX Australia and the Southern Cross DX Club. Other participants came from Southland, Otago, North Otago, South Canterbury, Waikato and Auckland. In total, the 12 long-time League members participating (including 5 Life Members) had a total of 577 years of DXing and SWL experience between them, led by Frank Glen
with 63 years and Barry Williams, 61 years at the radio dial! So, there was plenty of reminiscing and many DX memories to be shared.

Mangawhai lived up to its ‘winterless north’ image with the weekend weather fine and warm throughout. On the Saturday morning most conventioneers went for a long bush and coastal walk, with 4 intrepid climbers successfully reaching the top of the Giant Dune. Linguistic differences between North and South Islanders were evident when 2 walkers misunderstood their directions!

A major part of the weekend was discussion on future options for the NZ Radio DX League. Several written submissions were reviewed, including one proposing an orderly closure of the club in 2018, when we will celebrate the 70th anniversary. However those present were keen that the club try and survive in some form as long as possible. But members have been insulated from the increasing cost of producing the NZ DX Times for some years, as a result of subsidy from accumulated funds. Continuing this approach would mean the club would be insolvent in about 5 years unless a significant increase in subscription for the paper magazine was introduced. There was general agreement
that the DX League should phase out production of a paper-based publication within that period, with the option of printing out the electronically-distributed magazine for those without Internet or Email access. But this option would have to be on a full cost recovery basis and be subject to a member volunteering to printing out the magazine, photocopying and posting out. The sooner the switch occurs, the more funding that will be available to upgrade and maintain our Internet presence. It was suggested that the electronic subscription be reduced to encourage members to make the change. The Administration Committee will consider the outcome of the discussions and make proposals to the membership for decision at this year’s AGM in October.

Former Radio Hauraki DJ Mark Perry (nowadays best known for his voice-overs and TV appearances promoting pharmaceutical products) joined us Saturday afternoon to talk about his radio career and the technical challenges of operating 2 LPFM stations in Mangawhai using an Apple Mac computer in a cupboard! He started as a radio listener tuning in to the Australian commercial stations in the 1960’s and went on to become an NZBC radio technician. His big break came when he had to voice some commercials because the designated announcer failed to show up.
Saturday evening included ‘Down Memory Lane’ with a sharing of photo albums and onscreen presentations covering over 60 years of DXers, DXpeditions and Conventions. A sightseeing excursion to Mangawhai Heads on Sunday included morning tea at Sharyn & Don McLean’s cliff-top home overlooking the Mangawhai Estuary and islands in the Hauraki Gulf. Sharyn has a very unusual hobby (perhaps more unusual than DXing?) – collecting electrical insulators from around the world. Some antenna-related items were identified and contacts made to increase her collection.

Several items were auctioned over the weekend to defray convention costs, including a Barlow Wadley XCR30 donated by former Otago member Ash Nallawalla. Thanks to the electronic gurus present, this was made operational. Steven Greenyer demonstrated a compact portable EWE antenna and a tuned vertical antenna mounted on a collapsible squid pole.

While talking and reminiscing, as well as fine cuisine from Sandra’s kitchen, dominated the weekend, most were able to sample DXing at the quiet coastal location. Shortwave listening highlights included reactivated Radio Mil Mexico 6010 and Radio Uganda 4976. As is usual, DX conditions on medium wave improved markedly after convention, with Brazil and Argentina being heard on MW 2 days later.

The convention closed with hopeful talk of another gathering in the next few years. For additional photos taken at Convention 2013, go to the DX Dialog Yahoo Group website . 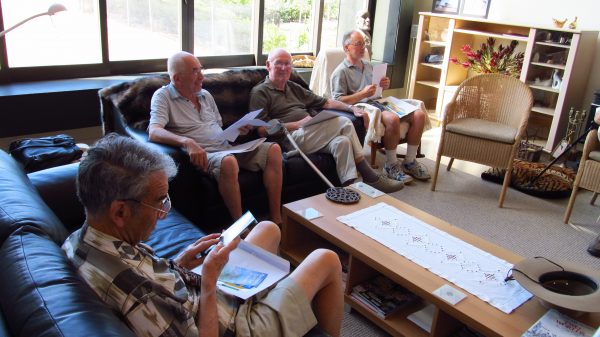 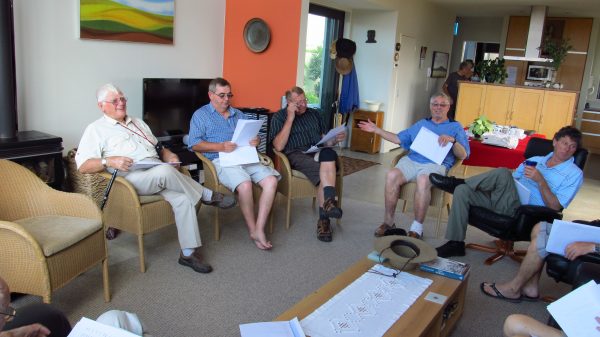 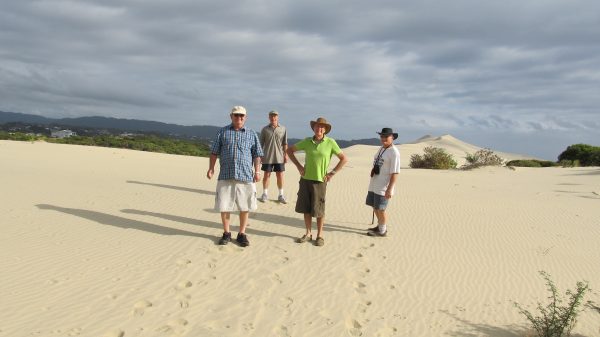 Stragglers on the dunes 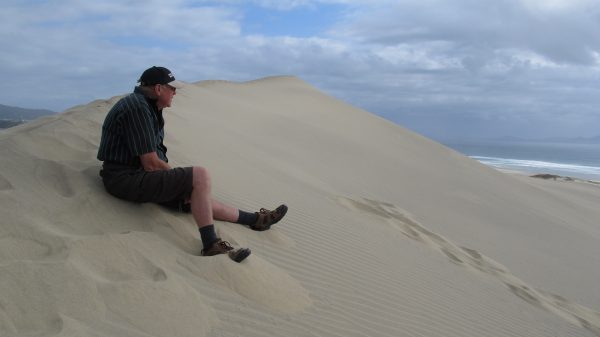 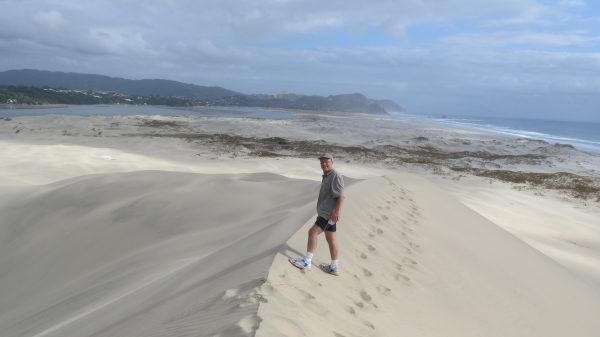 Paul O, one of the few who made it to the top. 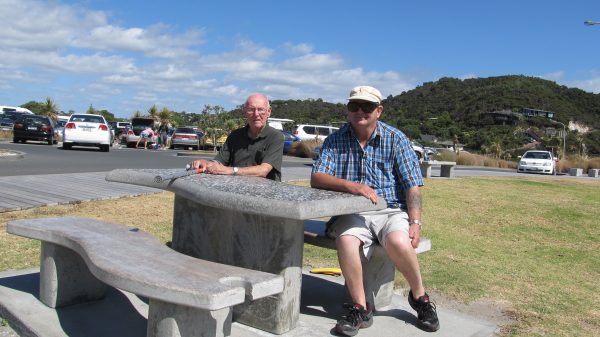 Phil and John at Mangawhai Heads 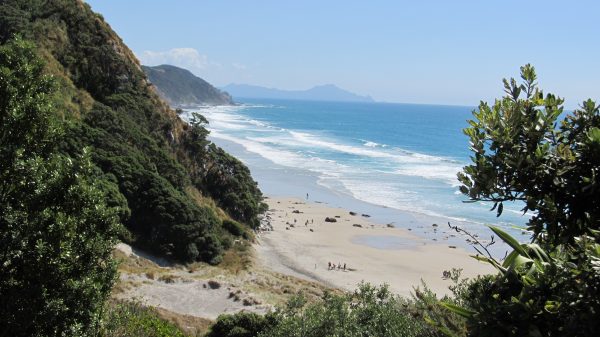 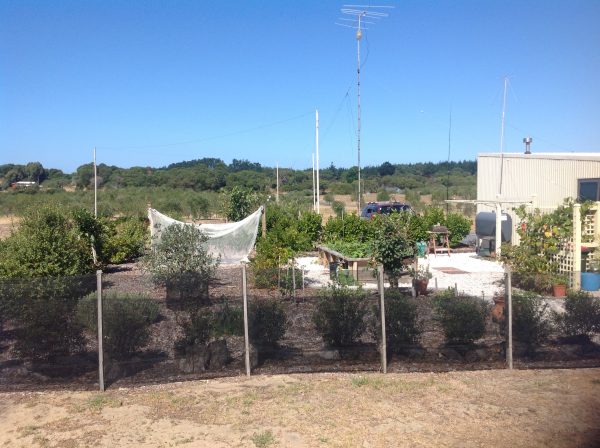 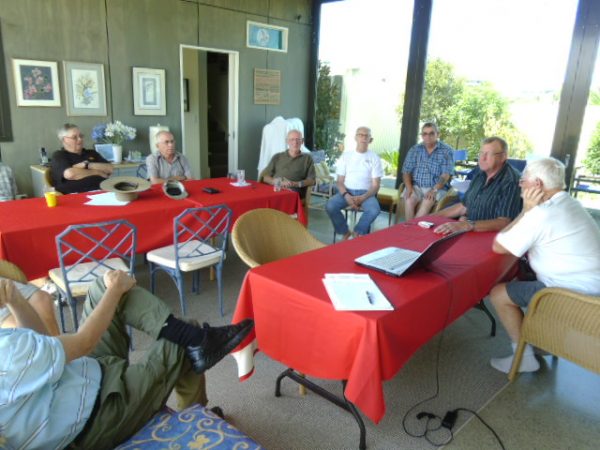 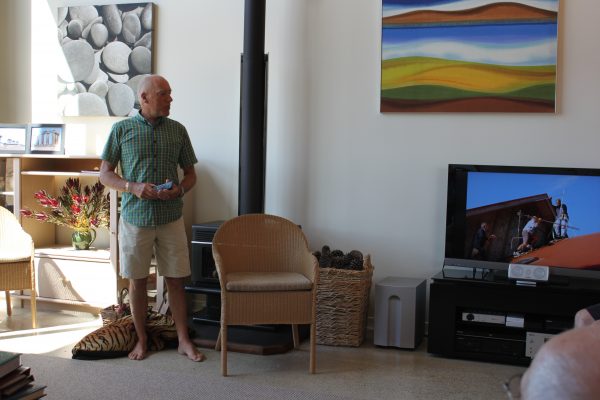 Mark Perry giving us a talk about his local FM stations 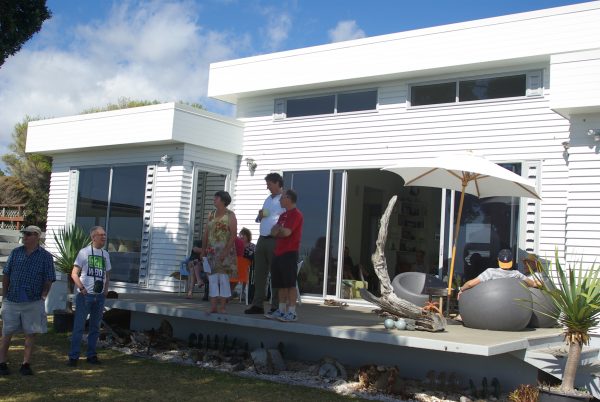 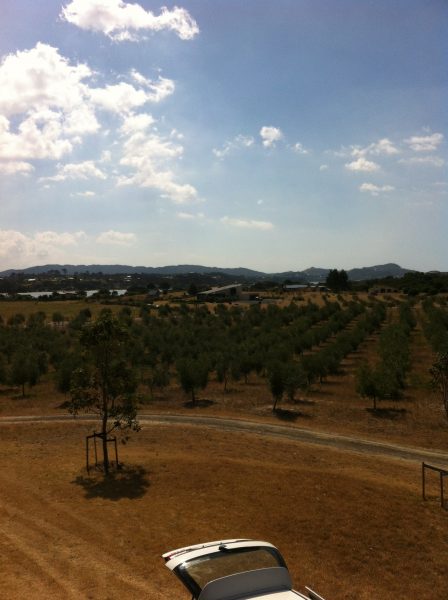 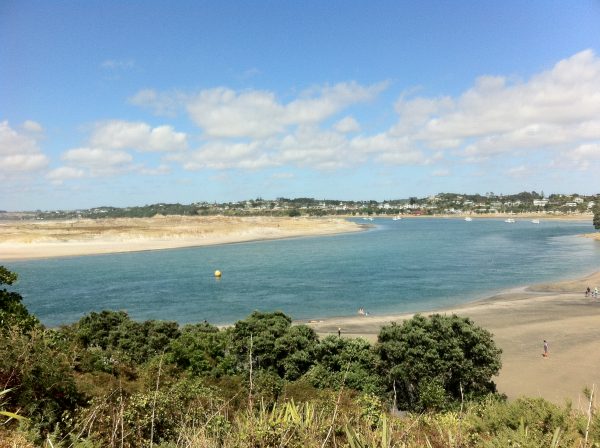 Mangawhai estuary, plenty of snapper for the catching! 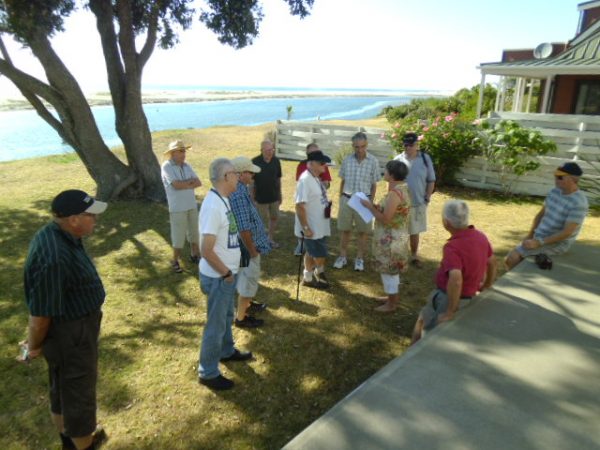 Lunch at the McLeans 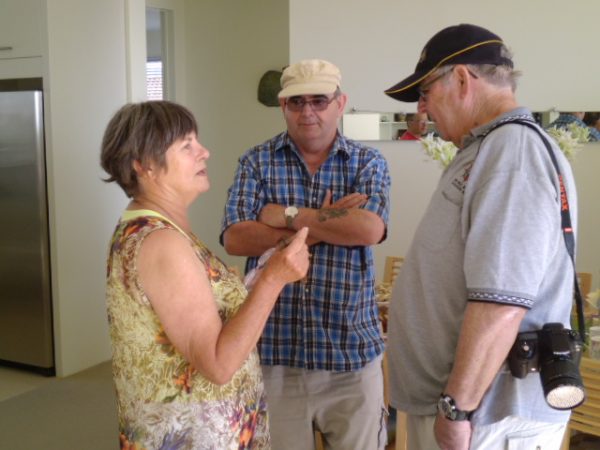 Our lunch host, Sharon McLean with John and Arthur. Sharon collects electrical insulators among other things. 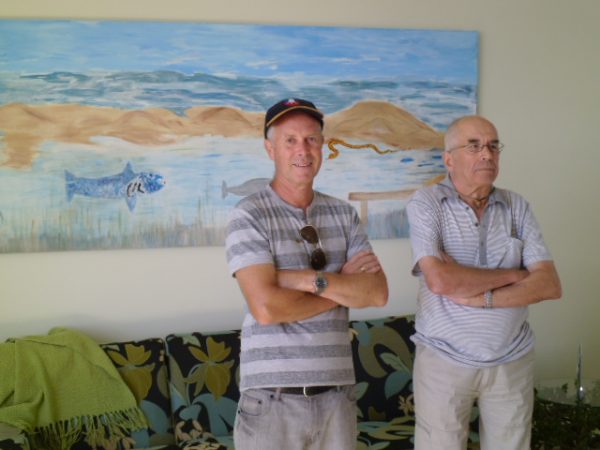 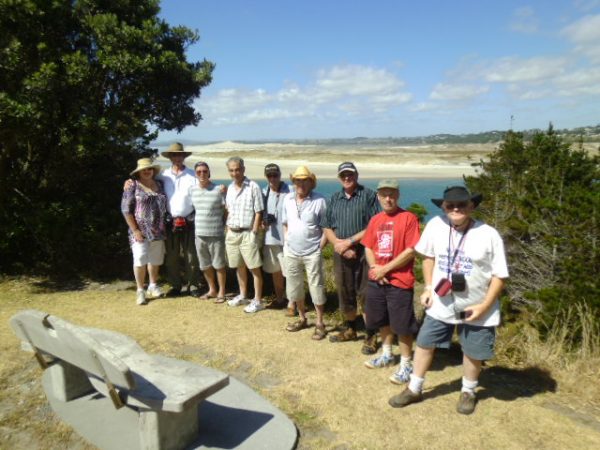 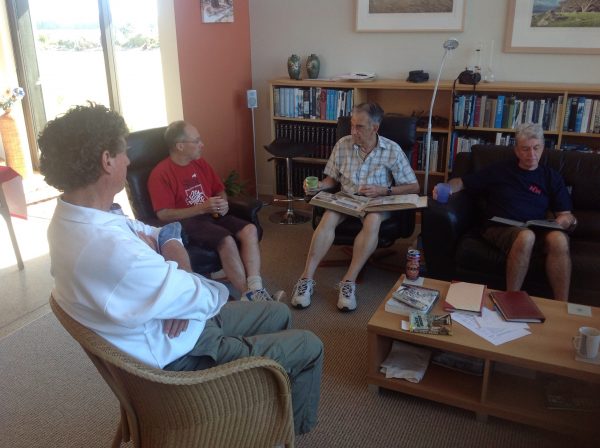 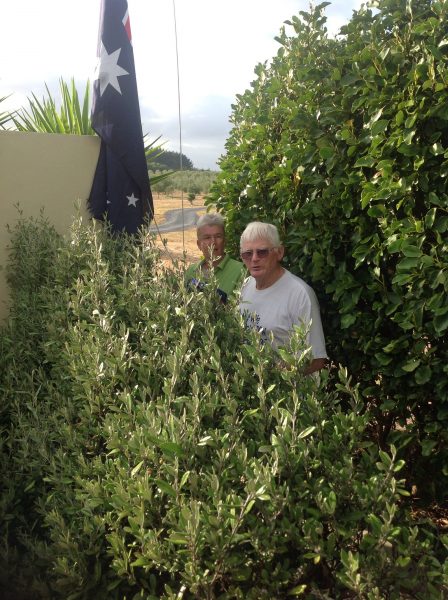 Bryan and frank with the official flag-raising ceremony 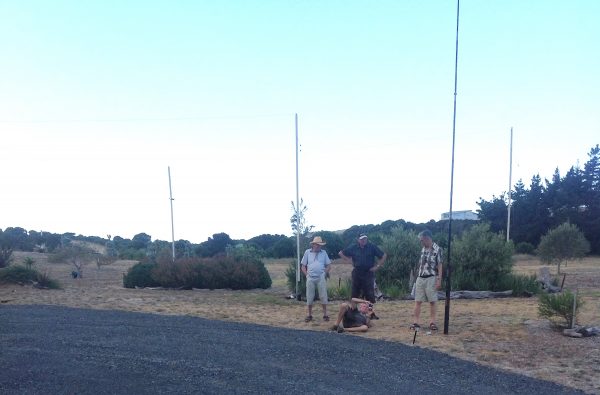 Steven gets a perspective on his vertical antenna while Sutton, Paul and Barry think about giving Steven a hand to get up 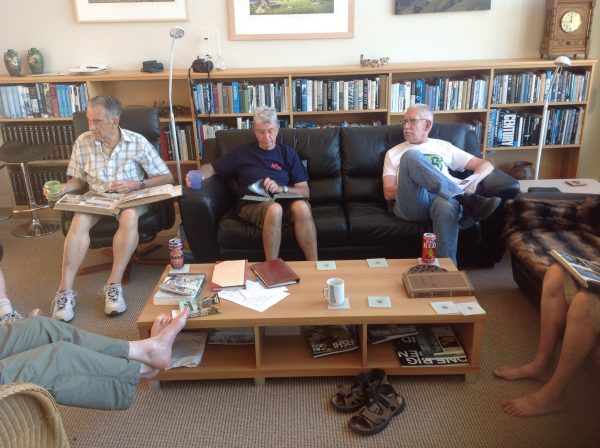 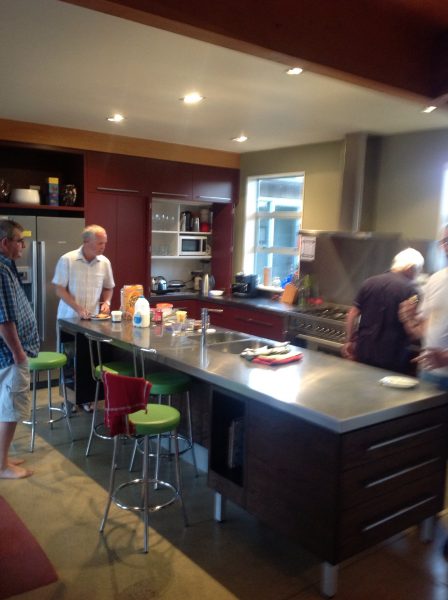 John and Steven waiting on Frank to get their breakfast 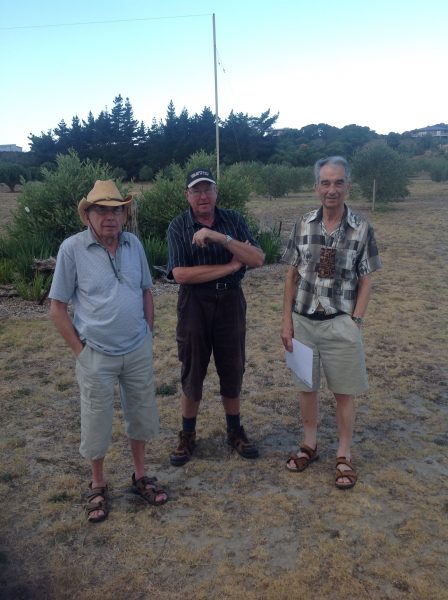