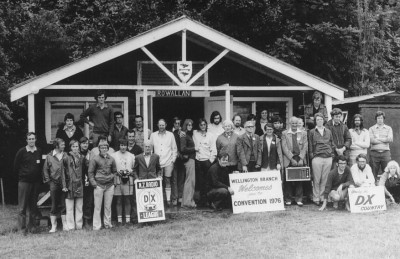 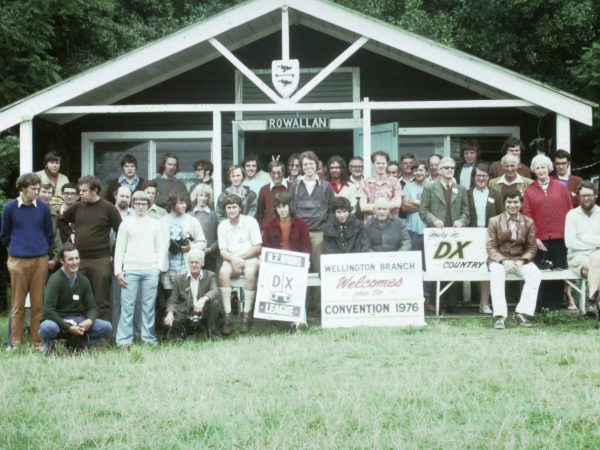 Convention ’76 has come and gone, and despite a weekend of bad weather it was
judged highly successful by all who attended. The programme organised by the
Wellington group provided plenty of variety, with a number of innovations and
inevitable surprises which added ‘to the full enjoyment of the weekend. It was indeed a thrill for all the locals to have a strong contingent from Australia, and
for perhaps the first time, have the active participation of three ladies at a Convention – Ralda Cushen, Noel Whittington, and Lorraine Maggs.

The venue at Tatum Park proved ideal with the group accommodated in five motels and two tents, with do-them—yourselves breakfasts in each unit, while the main evening meal was taken in the Tatum Dining Room – and what a pleasant experience this was t00. It certainly was a far cry from the half—cooked save of Conventions past .

The programme got under way on Friday 7th at 2.p.m. with a roll call and coffee in the TV1 Studio block at Avalon, before a comprehensive tour of the complex led by Bill Pearson and several of the technical wizards. 5,15. saw the arrival of the first cars at Manakau, and settling in to the huts allocated, Everyone was pleasantly surprised to see that the huts had been named after prominent radio personalities or broadcasting personnel, and hence we had the Harry Van Gelder Hut, Keith Glover Hut, Alan Roycroft Hut, Arne Skoog Hut, Earle Fisher Hut, and the two tents – for the Wellington lads who needed ‘drying out.

Each hut was wired to a long wire of some 500′ in length – four of them lashed
to a convenient flagpole which had been scaled earlier in the day by Terry Gloistein and his rigging gang.

Dinner was at 6, so after warming up the sets, everyone trooped into the dining room for the first of our smorgasbord meals. After dinner, ‘goodie’ packs were
distributed to compliment the special issue of Capital DX handed out at Avalon – special notepaper had been printed, matches from Radio America, Lima, the usual brochures on the area, a preview of DXCURSION ’77, and the good deal in digital clocks available at the Convention. 7.15. and we had our first call from
Radio New Zealand in the Mailbox programme, and then all loops were swung north for the Cook Islands on 600 kHz. Despite Stateside interference until five minutes after the 12 minute programme started, the special was well received, and the strains of the Neketini Brass interspersed with a voice from Wellington
came through well. More exciting was the announcement from the station that a  transmitter on 3265 kHz was also on the air, and most took the opportunity of catching this 500 Watt transmitter.

Over coffee and other nutriments we caught the RNZ call again, and while most chased the Yanks, attempts were made to raise the KTWG call at 10.30 on 770. Some DXed all night – but apart from the chorus of mosquitoes and thud of  moths little of note was recorded on Friday night. Saturday dawned wet so the programme called for our panel discussion on the subject “Does New Zealand need a voice on Shortwave.” The subject was introduced. by Arthur Cushen, and a most informative and ‘thought provoking discussion ensured. The economic, tourist and technical aspects of improving the service were well aired, and it is
proposed that the League convey its observations and suggestions to the
appropriate quarters. Two films to whet “the appetite for DXURSION ’77 were
shown, before a picnic lunch knocked up by the lads was laid on.
2,p.m. and Auction time, and. after the eighty nine lots had been well and truly
pawed over, Tony King set the scene for what “turned out to be a most interesting and successful venture. How much is a collapsible loop worth, someone thought $17.50, a loop a loop booster $15.00, an ATU $8.00, a vintage radio $4.50, 35mm camera $10.00

Two hours of enjoyable bargaining which needless to say put the Convention
firmly on a good financial footing. And there were those raffles too – as Philip
Brooks — working as though he was a commission salesman — persuaded us to
part with 50c for a digital clock or 20c for a World Radio & TV Handbook (won
in the end by Ray Crawford, and Paul Rawdon respectively). Before tea – a call from Keith Glover and Warren Moulton on Radio Australia which was much appreciated – and was caught again by most of the group at 9.30.p.m. After tea, more DX with a lookout for CJVB at 9.15.p.m. By this hour however, there was considerable consternation ‘in the camp‘ about “a thing calling itself Radio Gwarno, voice of the Ocean on about ‘7520′. No sooner had most locked onto it than the test concluded but with the thoughtful promise that further tests would follow “today.” Sets remained riveted to 7520, as a new Pacific SW broadcaster was was a possibility with the recent activity in the New Hebridies. On it came again with its haunting interval signal; phone number, announcers name, village — and then close down. What to do? Ring the Post office suggested someone. Lurking in the night with his transistor cocked Phil Brooks struck “gold” (or 59 shall we say) on 7520 and homed in on – yes a peewee 2mV. radio station pumping out Guano. Momentary disarray existed in the camp for some time, but after everyone had received their official QSL card the exercise was rated as ‘very well done.’ 10pm and KDAY gave us a fleeting call and at 11.03 2AY Albury gave us a very go0d call and played us a ‘Hard Day’s Night . And so it was into the bag
for another night……. Sunday, Bryan Clark nightshirt fluttering was seen streaking across to the office block at 2.30.a.m. to receive a call from Theo Donnelly at CJVB… Breakfast was a feast at 8… and the wrap up; photos, prizes, and farewells from the most successful convention. held in the North. And for the record here is the Convention prize list: Best Logging SW – Paul Ormandy Djibouti 4780; Most logs Jim Benzoni; Most Countries -Arthur Cushen;  Most Acricans – Brian Withers; MW: Best log- Chris Martin KGRG 1600; Most logs – Paul Ormandy; Most Aussies – Ash Nallawalla; Yanks – Ash; Countries – Paul
Ormandy; Consolation – Brian Oliver 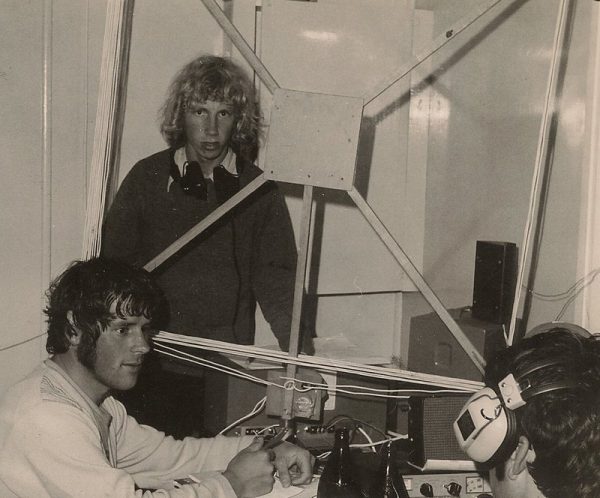 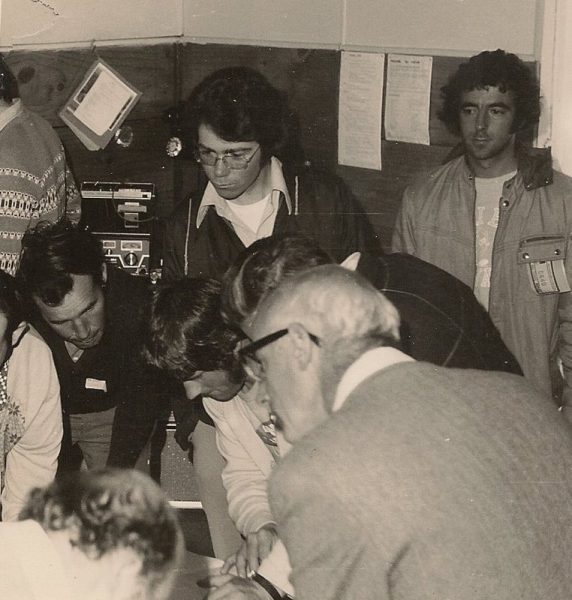 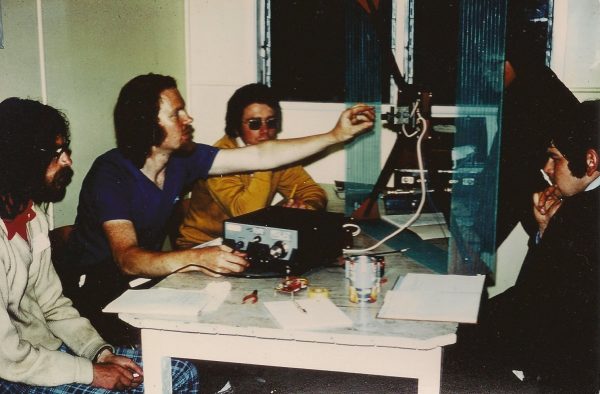 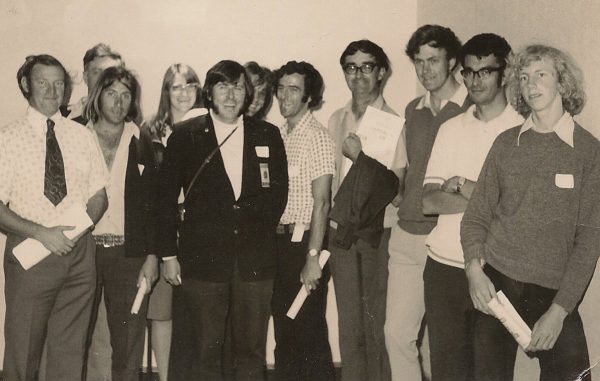 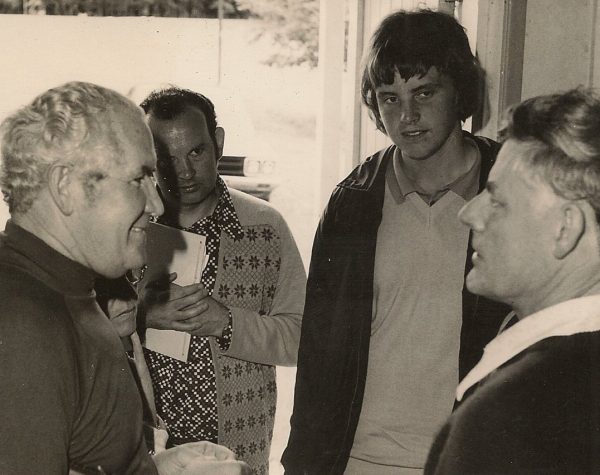 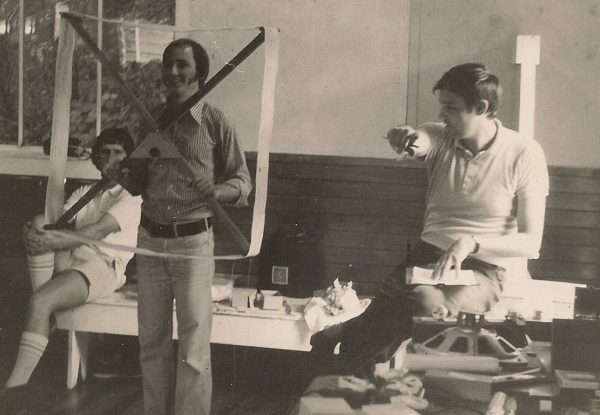 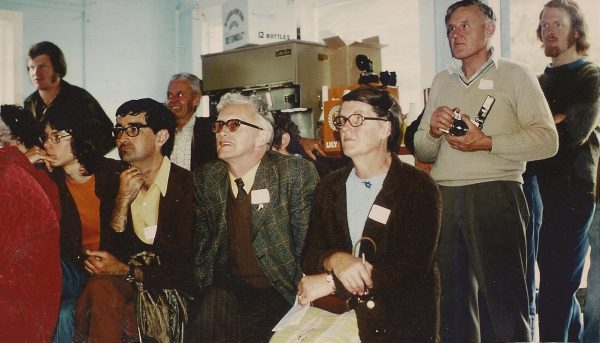 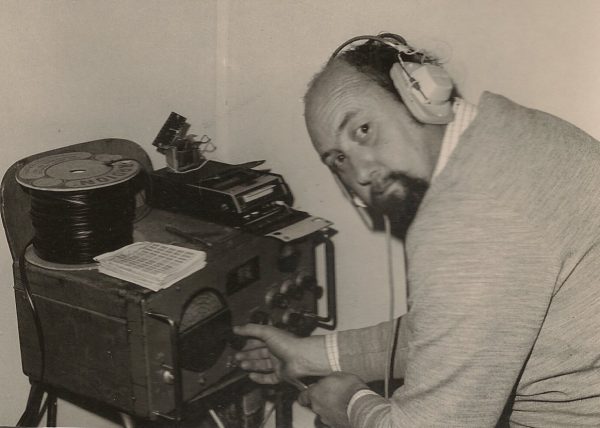 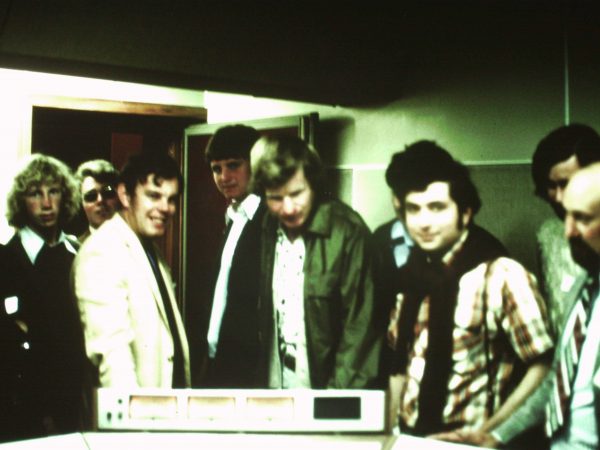 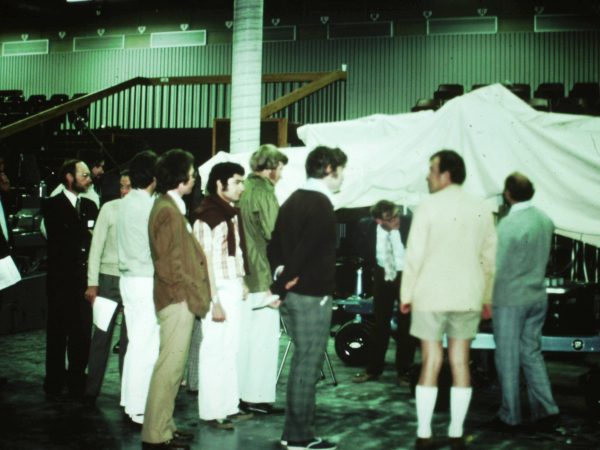 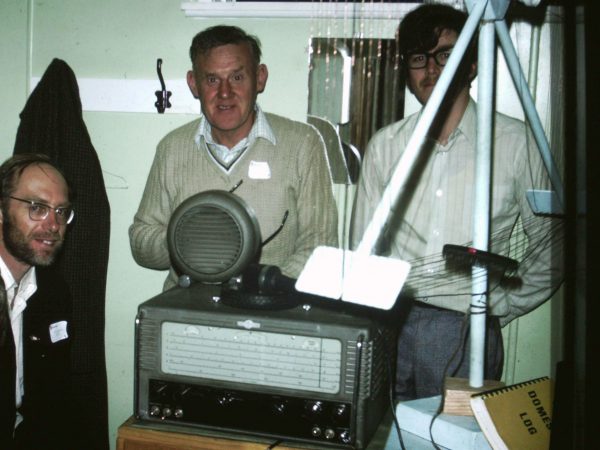 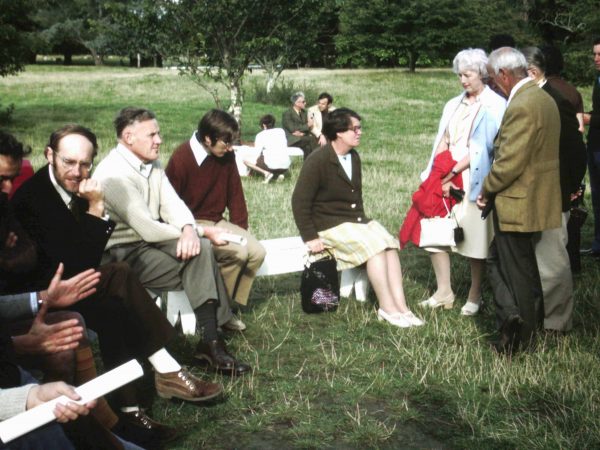 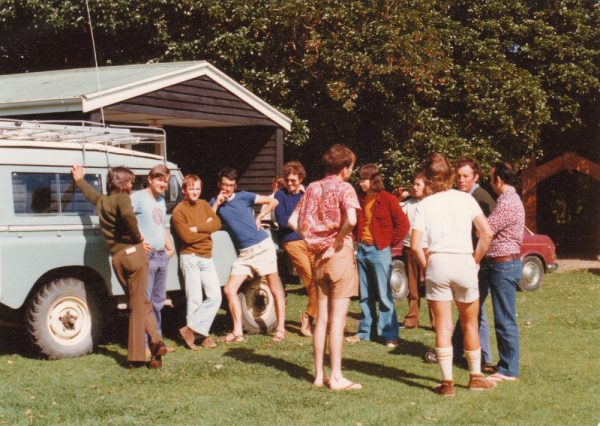 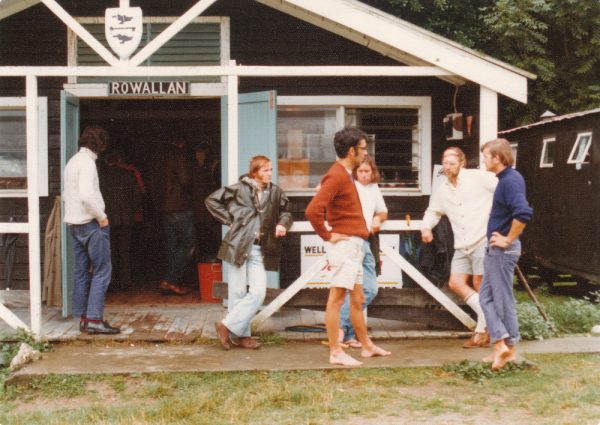 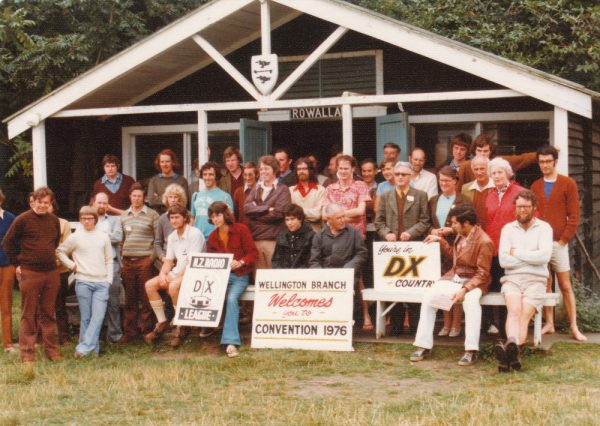 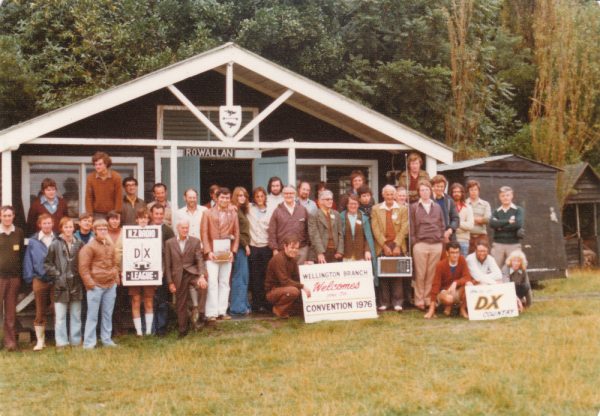 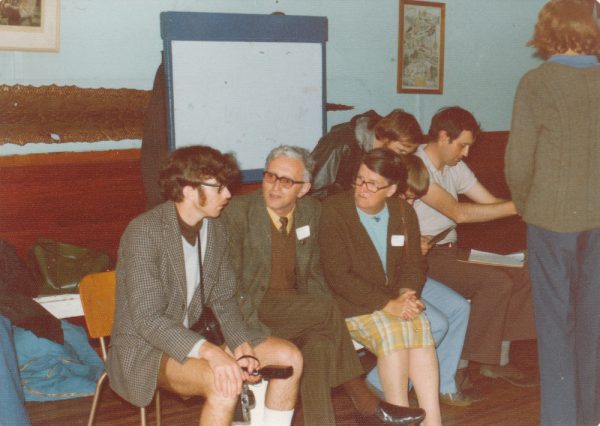 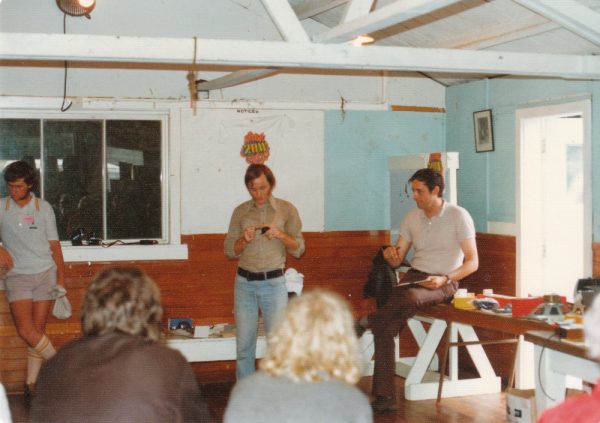 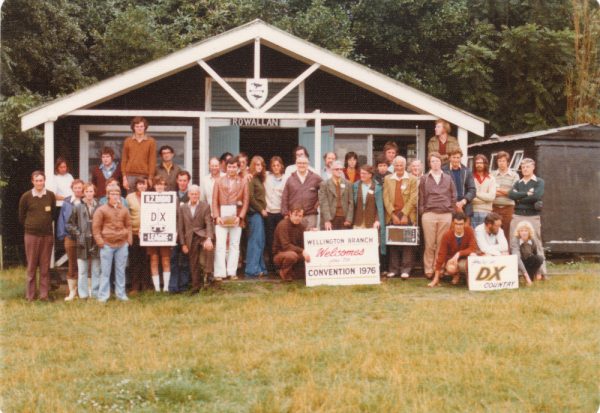 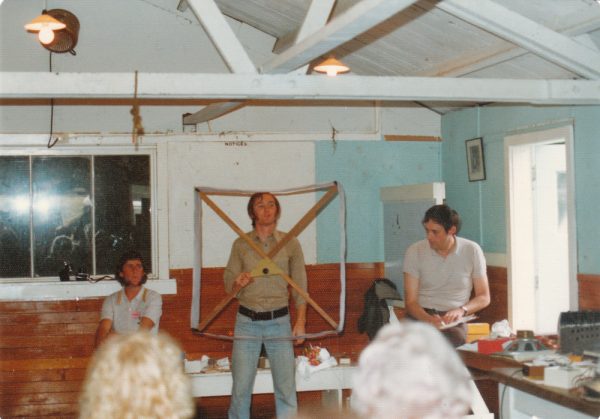 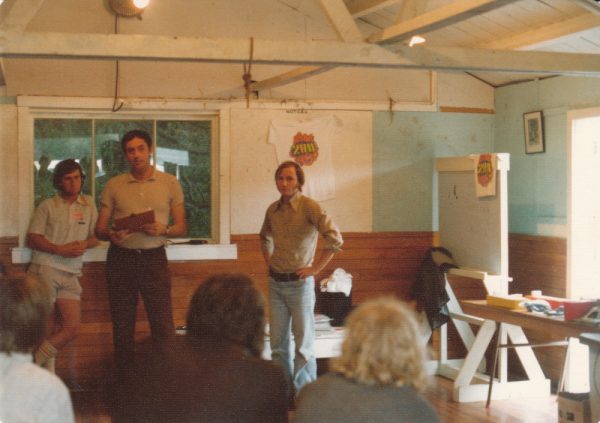 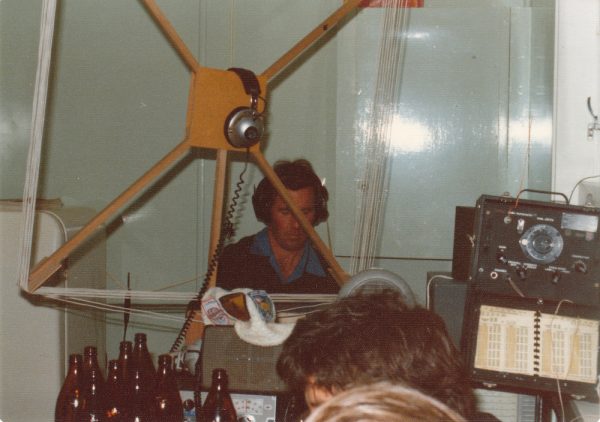 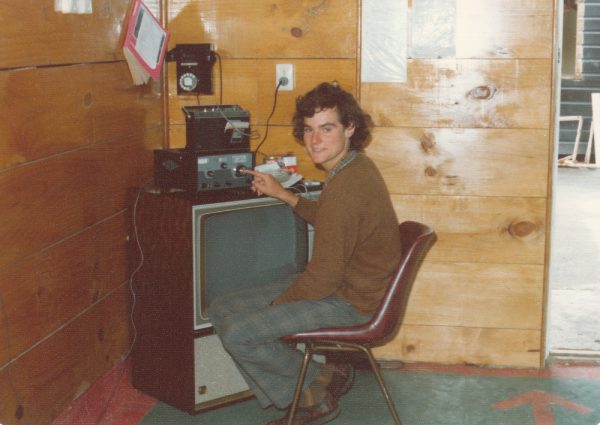 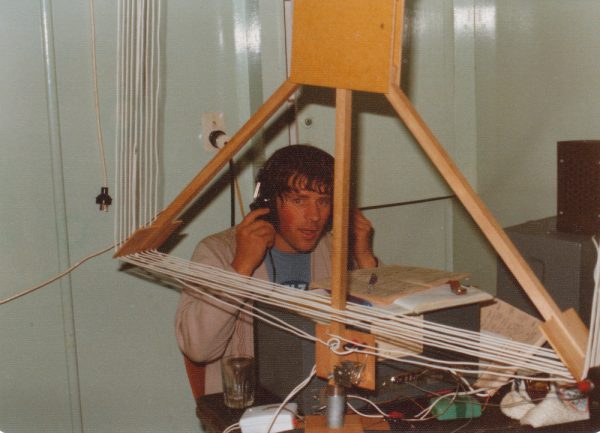 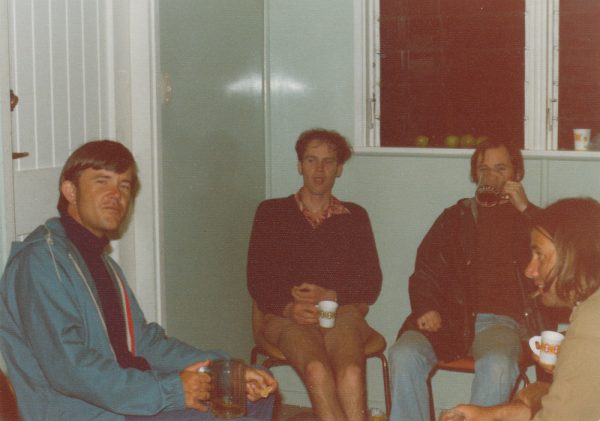 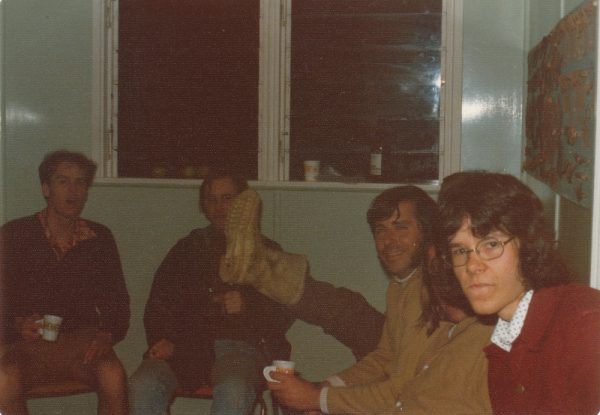 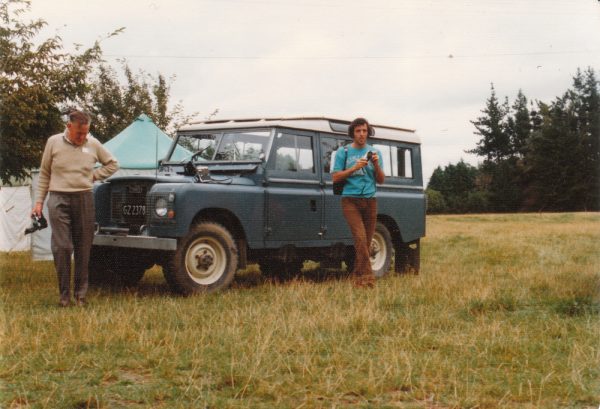