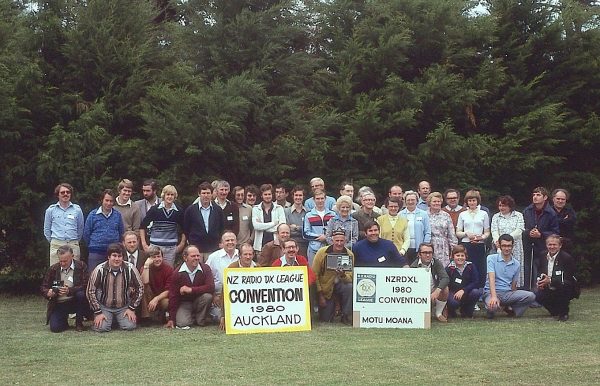 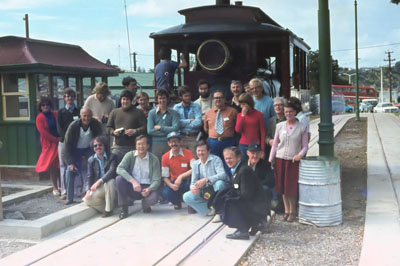 I was informed that I would self destruct in 10 seconds if I decided against writing this article. The choice to be made was obvious. So, once again I sit with pen poised awaiting inspiration to fall as the gentle rain of heaven upon the place beneath. The subject: The NZRDXL Convention 1980, Motu Moana Camp, Blockhouse Bay, Auckland. 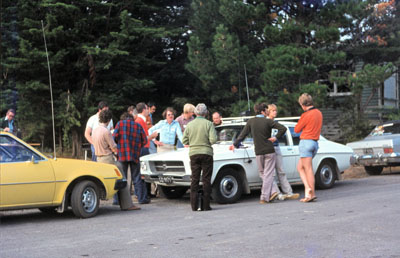 An assembly of some 40 Sons and Daughters, nice to see the girls there of the Earth, were present to experience e truly magnificent convention. Visitors came from as far away as Vancouver, Mt Gambia, ( Sth Australia) and Ecuador, to sample the hospitality and DI. Theo Donnelly our “VB” news director in his technicolour tee-shirts and self- descrbing hats, James Niven our Australian connection, and Roger Stubbe who grows enormous aerials in his backyard were all pleasant and welcome company. 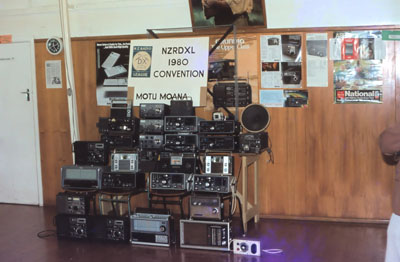 There were numerous calls to the convention; in particular the HCJB call lasted almost a quarter of an hour, our friend Keith Glover did his bit for us from Radio Australia, Radio Tashkent and Radio Auckland Two the pirate FM station on for the weekend also gave us calls. All and sundry strained ears in a somewhat vain attempt to hear Radio Condor the Irish pirate on 11643, but alas without success. 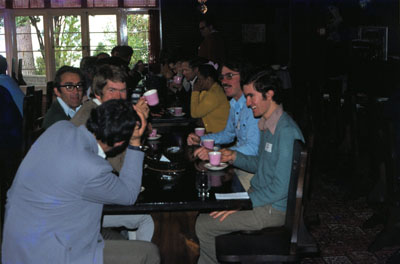 Every convention has its characters, and this one was no exception. Alice Williams was the only person with enough nerve to tell Tony Marr just what he really was, and Tony had the nerve to laugh back. Jim Gorman, David Feldon and Chris Hatton among others managed to hack the pace of all-night sessions. Mark Nicholls and James Niven logged Cuba on 600 just to annoy David Ricquish (it did too!) and everyone sympathised with David over his lack of Cuban QSLs. Robert Jeffares our curious Radio Pacific DJ host was the man with the roving mike and reported to the world at large that he had found David Ricquish and John Allchin alone in a secluded clearing, at midnight, sharing a sleeping bag. Very suspicious indeed! If Chris Mackrell and I hadn’t been there, we never would have believed it. Jack Searle decided he was getting old. What was Phillip Hamlin doing with Tony Marr in a tent in the middle of nowhere? What sort of sight is Bryan Clark at 6 am? What sort of sight am I at Sam? Does Arthur Williams believe in taking his radio to the signals, rather than letting them come to him? Just how much was Leigh Morris prepared to pay for his pennants (penance)? 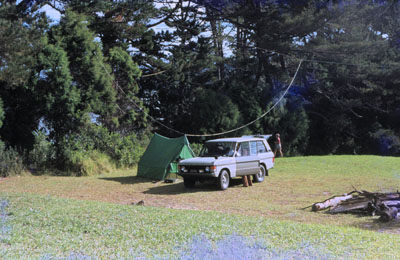 These are the things that made Convention 1980 the great success that it was. Well done Auckland! It will indeed be a hard act to follow. I can not end without a mention being made of the auction; without it the convention would not have been a financial success. Great thanks must be extended to all those who contributed to the pool of items, in particular Douglas Doull, and to those who contributed to the pool of cash as a result of the buying. HOWEVER: Beware lest somebody tries to sell you a VOA tee-shirt. If they ask any more than $25 refuse to buy, because it probably cost them only $23. 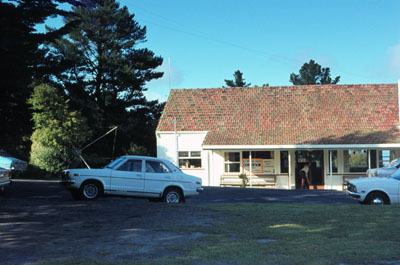 Once again, thanks to the Auckland Branch for staging such a magnificent event, and roll on 1982! Stu Forsyth 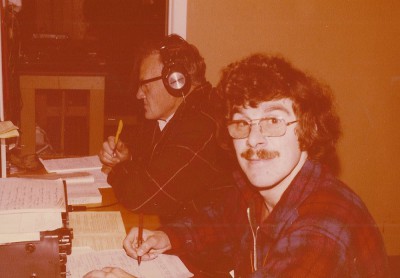 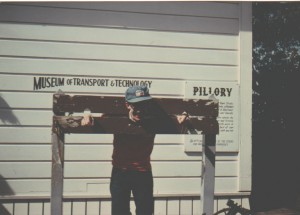 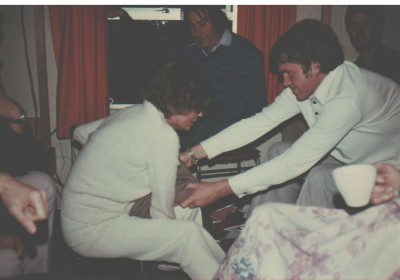 Alice Williams and Stu Forsyth. Stu trying to retrieve his denim cut-offs, which Alice declared to be indecent. Evidence below. 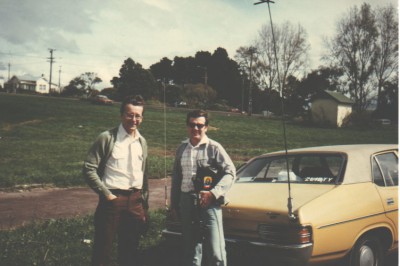 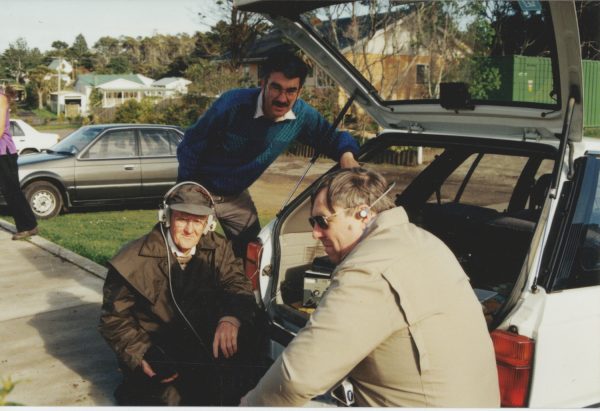