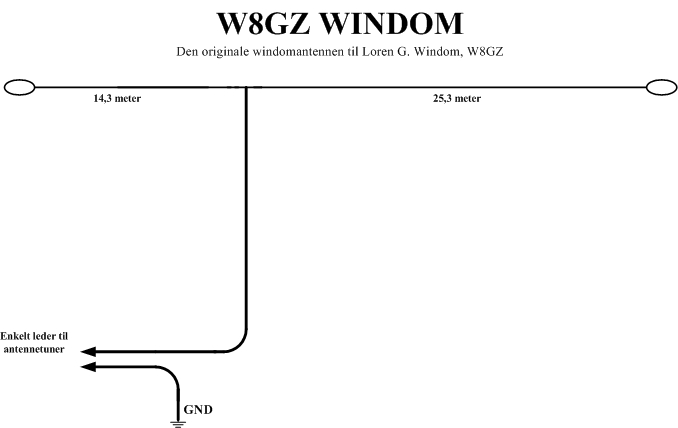 18 months ago Alice and I decided it was time to sell the house we had built 43 years earlier, and move into a retirement village not too far from where we lived. After 54 years of DXing it was time to pull down my 80 metre dipole (DXing) and ham work), my 4 metre vertical with 4 radials (used for monitoring), and my 3 element triband Yagi (for ham DXing).

Our choice of retirement village was on the northern side of the Manukau Harbour. Of course there were stringent restrictions in erecting antennas. However I was given permission to run a wire from our ground floor apartment that bordered the coastline, to a pine tree about 25 metres away and then down the sloping cliff face. Initially I ran out a random length of wire about 70 metres long. This antenna was not great but I did manage to work and verify a new country 3Y0X in the Antarctic, but little else. However it was reasonable for monitoring and SW listening. Noise from within the apartment block was another problem and still unresolved.

The long wire was temporary as I considered my limited options. I certainly realised that I would never have what I once had, but with ham radio in mind, I could do better than just a random wire. The first step was to get a good earth and this was done with a 2 metre electricians earth stake pounded into the ground about 4 metre away and hidden in the bush. This had no affect of reducing the internal QRN, which was created by 30 florescent lights in the apartment garage beneath us. After going through all my antenna manuals and cuttings, and considering the many physical limitations I had, and concern as to what visual impact my wire would have on the other 6 apartments beside and above ours, I made a choice. The Windom.

The development of the Windom antenna was done by Loren Windom (W8GZ), who was a prominent American ham in the 1920s. The basic Windom is a half wave length long wire. In my case it was cut for the 80 metre band and was approximately 42 metres long. With the help of my grandson, using a shanghai (catapult), a fishing reel and a lead sinker as the weight on the end of the cord, we got the wire we got the wire over a branch of the pine tree about 15 metres above the ground.

From the diagram one can see the lead in is about 14 metres from the end. The single wire feeder is thinner than the wire used for the antenna top and this helps lowering the matching impedance. When erecting a Windom for other bands, the feedpoint uses the one sixth principle; the distance between the centre and the feedpoint is one sixth the length of the top wire. The length of the feedwire is not critical but should hang vertically down from the antenna. The radiation patterns are similar to those of a half wave dipole.

For ham radio it is recommended that a counterpoise wire be run out under the antenna. With the help of the grandson again, we ran a half wavelength of wire from the earth stake along the ground, under the antenna wire. This was a little difficult, getting through thick undergrowth down a steep slope. The actual half wavelength is measured from the receiver via the earth stake. It is recommended that for other bands, counterpoise wires for those bands, should also be run out along the ground. This I have not yet done.

Does it work? Yes and no. For general shortwave listening it is as good as my old half wave dipole. One must realise that my Windom runs at right angles to what my half wave did and that makes a true comparison difficult. On 80 metres I am putting out a better signal around Auckland and NZ. On other ham bands signals are well down as expected against my old beam. Again comparisons are difficult because HF signals are so poor with the low sun spot level. Never the less, I am reasonably satisfies with the antenna and it is well worth trying. It is a simple wire antenna that has stood the test of time.

2 responses to “The Windom Antenna”