Sixteen Dxers descended on Sydney in March 1975 for the start of a holiday with a difference – visiting some of the stations we had often heard on MW, the facilities of Radio Australia and to meet other Dxers.

After a day in Sydney in sightseeing mode, our itinerary took us into the Blue Mountains to Katoomba – we paused for a photo at the 2KA transmitter site – and the following day took a route through Woollongong, Goulburn to Canberra and their Australia ‘75 Festival Week where we learn’t about the dung beetle ! Nearby we visited the Tidbinbilla Satellite Tracking station before arriving in Cooma for an overnight. At 7.a.m. the following morning Tony and Dene visited 2XL across the street from the motel and had a QSL signed by the breakfast host. The first highlight of our tour was as guests of 2AY in Albury – an AWA station on 1490. After a tour of the studios in Dean Street the group moved to Albury Airport for boomerang “lessons” from the maker of some of the finest boomerangs at that time. Several did not return and may today still be on the roof of the hangar !

That evening we were hosted to a barbecue by the staff of 2AY and a special call was made to Dxers in NZ late in the evening and a special QSL card offered for reports.

The following day we headed into Victoria destined for Shepparton where we were met by Keith Glover, legendary host of Radio Australia’s Mailbag programme. Our visit to the transmitter site covered all facets of the operation – and compared to today’s automated systems – was very mechanical with huge motorised “arms” operating switches for beam changes (as the slideshow illustrates). From Shepparton we moved to Wangaratta for a quick view of 3NE’s new studios – the station had only recently come on the air and at 1600 kHz was popular in NZ.

And so to Melbourne for sightseeing, a visit to Healesville Sanctuary, a tour of the Radio Australia studios and interviews with Keith Glover for Mailbox, and the opportunity to catch up with several Melbourne Dxers. We we honoured to be guests of Harry and Gwen Weatherley for a farewell function at their home in Mt Waverley – a great wind up from a great week. 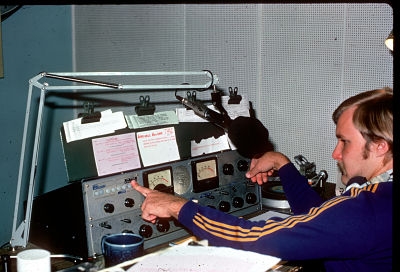 Breakfast at 2XL Cooma (Dene and I dashed up the street at 7.a.m. to get a QSL ! 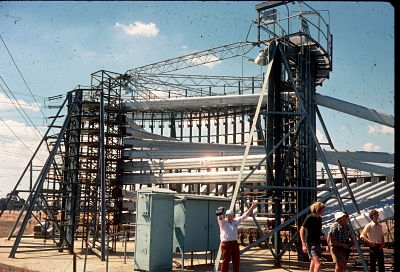 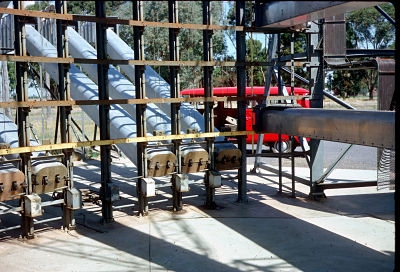 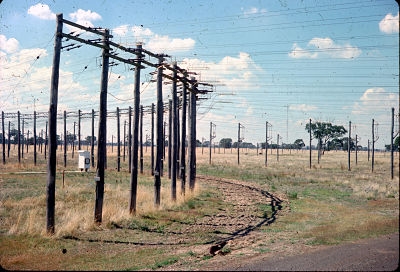 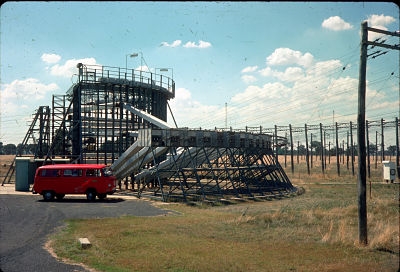 Antenna switch feeders RA Shepparton – show how “mechanical” everything was as the arms would be moved to change beam direction. 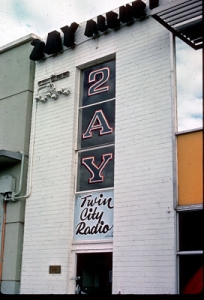 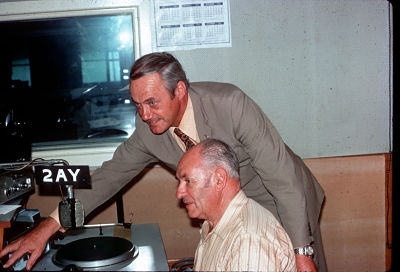 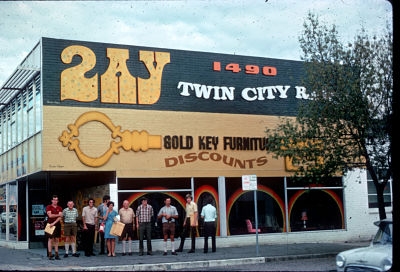 2AY promotional panel on adjacent shopfront with most of the gang ! 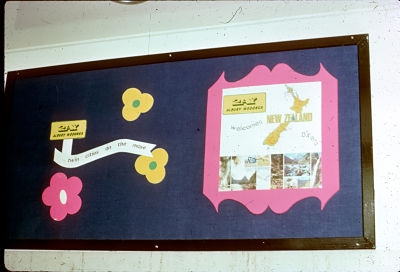 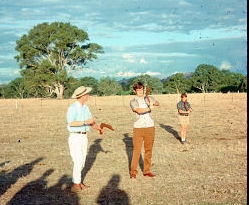 Learning to fly boomerangs at Albury Airport – John Mainland and Dene Lynneberg (several boomerangs ended up on the hangar roof !)