It has been over 6 years since VOA closed its famous Delano, California transmitter site and it has sat idle all that time.

Now it seems something is going to happen at last… but don’t expect a SW resurrection any time soon!

“You might be interested in a radio programme which was broadcast over National Radio just after 10am on 26th & 27th December 2013. It was a Jack Perkins documentary and part of it featured the POW monitoring service which was operated by N.Z. D.X.ers during the second World War together with the N.Z. Red Cross. You can hear the first part on this site on RadioNew Zealand’s web-site.

After hearing this broadcast and the mention of the Red Cross involvement I looked up an earlier publication called “The NZ DX-TRA” published bi-monthly by the NZ DX Club for members only. I have a photocopy of an edition (not very, clear copy) dated Feb 1944, Vol. V No. 6.
The following is  transcript of the text:
SEVERAL MEMBERS of the N.Z. DX Club are performing a very worthy service by listening to Prisoner-of War broadcasts and handing on the messages to the next-of-kin. Further volunteers are required for this worth-while job and any DXer available please contact Peter Thorn, 14 Bangor Terrace, Dunedin. It was during the early days its of monitoring that the Otago Branch became interested in the Prisoner of War question. Mainly on the initiative of its President, Jack Fox, messages from P.O.W. were copied down and sent to those concerned and this service was obviously much appreciated. The Red Cross was contacted early in 1943 and their co-operation was sought. A special letter-card was designed and forwarded to the Red Cross, who in turn discussed the card, and its merits, at their next general meeting and officially approved of it. The card, with the message is forwarded to the next of kin, and a copy of the message forwarded to the Red Cross for checking purposes. Soon after the scheme’s inauguration, conditions became very poor, and with lack of messages it seemed as though the scheme would not be able to operate as well as had been anticipated. Peter Thorn is at the head of affairs and is assisted by several of the Otago dx-ers, and this has added the advantage that messages are checked by more than one monitor to minimise mistakes in monitoring.
Arthur Cushen is also engaged in a like service as Radio Officer to the Southland Branch of the Red Cross.
The many appreciative acknowledgments received and the donations towards Red Cross funds, leave no doubt as to the value of this really fine effort and more than compensates for the many hundreds of hours put in.
John Stuart, Palmerston North, undertakes another service. He listens, to “Anzacs Calling Home” on the 41 m band on Wednesdays and sends a copy of it to those concerned on a specially typed form. John says some of the replies have been very encouraging.
All of this work is of inestimable value, so if you can help please contact Peter Thorn, 14 Bangor Terrace, Kew, Dunedin, S.W. 1.”
All Jack Fox’s and Arthur Cushen’s records are held at the Hocken Library archives and listed under the “NZ Radio DX League’s archives”. I can remember talking with Jack Fox and going through his memorabilia, but we didn’t find an example of The Red Cross message card. There may be a copy in Arthur Cushen’s records if you wished to pursue this further.

NAAMB On The Future Of The US AM Band The FCC has made proposals to ensure the future of the AM broadcast band. However, the National Alliance of AM Broadcasters is not in full agreement with the way officialdom has mapped out the future. More in this article from the Radio & Music website.

When CBS Got Serious About Shortwave

CBS is one of the world-wide giants of broadcasting and a name well-known to NZ mediumwave DXers, old-timers will recall them on shortwave also… Radio World has an interesting article on their HF history

The Sackville, New Brusnwick transmitter site is being torn down. Radio Canada Int closed in 2012 , so ending a chapter that began before World War 2. The Sackville Tribune carried this report.

What Next For Shortwave 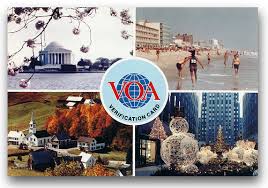 The Broadcasting Board of Governors, i.e. those responsible for VOA, Radio Liberty, Radio Farda, Radio Free Asia etc etc is asking for opinions on that.  Though their interest seems more aimed at dissemination of the American viewpoint than a sentimental desire to entertain the masses and give SW a new lease of life!