Posted on October 24, 2019 by Paul Ormandy | Leave a comment
Below are two updated lists prepared by Bryan Clark, with the assistance of DX League members around New Zealand.
One of all NZ stations by region the other all NZ stations by frequency.
The lists exclude LPFM band stations except those that are official relays of major broadcasting networks.

The name HCJB may be consigned to history but the memory of founder Clarence Jones lives in. From Regina’s “Leader-Post” comes this story of how it’s ministry still influences people.

Following on from an earlier post, Bill Smith in Iowa forwarded this link to a video of WLW’s very powerful transmitter. 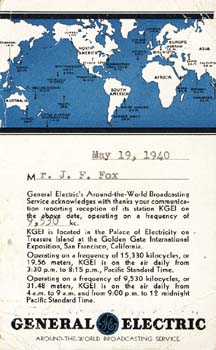 Thanks to Mark Nicholls for posting this link to Radioworld’s 2008 article on the demise of the last of VOA’s wartime transmitting stations.

VOA Delano, California on the West Coast of the USA provided a formidable signal into the Pacific.

Yet another international broadcaster joins the pantheon of former shortwave broadcasters.

Thanks to Zaharias Liangas for reporting on the Hard-Core-DX reflector:

The degradation of Greek Radio is going on, having shortwave radio “Voice of Greece” as a victim. This includes 39 shortwave antenna masts hosted in Avlis, which the government plans to sell as scrap metal. The shortwave service started 75 years ago and it is still transmitting in 5 frequencies that cover the globe with shows in Greek for expatriates and foreign language news. The facilities are currently controlled by redundant ERT employes and broadcast the guerilla service of the Greek National Radio ERA. Eighteen months ago, shortwave facilities in Thessaloniki were dismantled.

In a posting to the MW DX user-group, Paul comments:

‘For your listening pleasure, another aircheck/recording of Radio Kiribati AM 1440. Operating with 10,000 Watts from about 1000 miles south of Hawaii.

I got another aircheck on CD via regular mail today and thought I’d share it with others.
Here’s the link to the 50 minute recording:
http://www.onairdj.com/RadioKiribati_1440Khz_August2013.mp3Radio Kiribati only does one hour of english programming each night at 6pm.

A few notes of interest from my point of view…..To a person like me who isn’t up on languages, it sounds as if the Kiribati language has some hints of some Asian language like Japanese/Chinese almost.

This is a preview of Ever Wondered What Radio Kiribati Sounds Like?. Read the full post (242 words, 1 image, estimated 58 secs reading time)

AWR Guam to get Upgrade

Posted on September 9, 2013 by Paul Ormandy | Leave a comment

AWR’s Agat, Guam is getting an upgrade. Right now, construction of a 229-foot, 5th antenna tower is underway with work scheduled for completion in June 2014. 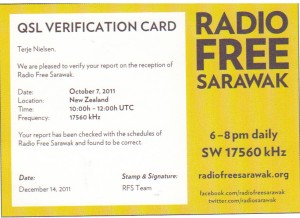 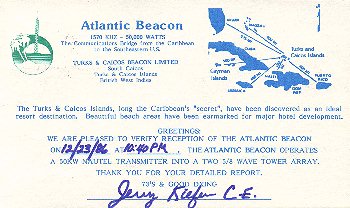